Phosphorus Flame Retardants not only react with the radicals like BFRs, but are also able to act in the condensed phase by enhancing char formation, yielding intumescence (foaming-up), or formation of inorganic glasses. In fact, PFRs are most commonly known as char formers, because during the burning process they produce phosphoric acids, which, reacting with the substrate, produce a char that acts as a protection of the substrate itself. The most used PFRs are as the table below, their main area of application is in polyamides(PA), polyesters(PET/PBT), polyoleﬁns, and polystyrene (PS) formulations, especially in electrical and electronic insulation components. 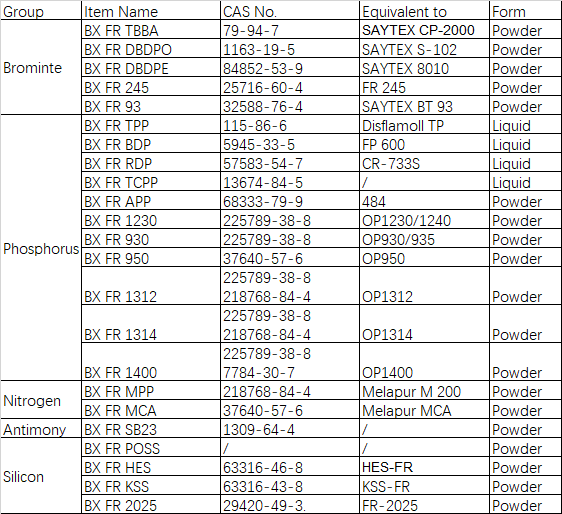 Put in a keyword here
Products
Need Sample or Help?
Go to Top